These Shirts Are Gay. 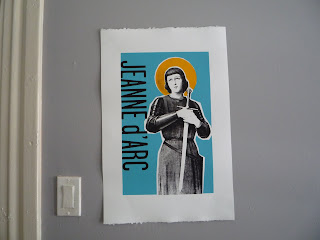 The Jeanne d'Arc print that launched Closet Case
Check it out: Marisa Suarez-Orozco and Cherlyn Russo are both graphic designers, they both have really cool t-shirt lines, both lines are really super gay, and they're both spending the most freezingest summer ever in San Francisco, taking a break from their shared hometown of New York City - simultaneously. If these coincidences aren't enough to make the hair on the back of your neck stand up a little, how about this: they're girlfriends. It's positively uncanny.


Marisa's line of t-shirts is called Closet Case and features iconic graphics of public figures - past, present and fictional - whose sexualities are fun to speculate about. Cherlyn's t-shirt line is called Lez We Can, and does not um beat around the bush (sorry!) about where the wearer falls on the old Kinsey scale. Invert shirts have not been this fun since Queer Nation churned out wearable propaganda in the early 90s! Marisa and Cherlyn let me come over to their house (they live in the same place!) and take some pictures of them wearing their excellent creations, even though they had just gotten a miniature husky puppy and they both don't like their pictures taken! Spooky. 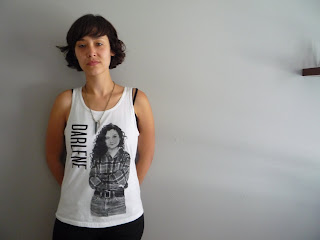 MARISA: We have a friend in New York who is childhood friends with (Sara Gilbert). She texted her a picture, and she texted back, 'What the fuck, you can't just put me on T-shirts like that!' And then she texted 'Just kidding! I want one!' We're sending her one when we get back to New York.

We're going to start printing these on American Apparel because they're better quality.

MARISA: We're going back to New York, but we don't like New York. We want to relocate! Either San Francisco or Los Angeles, because we're fed up with New York.

Closet Case started being historical women I thought were cool, and then I realized they're all ambiguously queer! And my friends started calling them closet cases.

MARISA: Some I thought of on my own, and some were requested. It became like a game to come up with people.

I started this project only a few months ago, when I was in grad school.

This one has fake blood on it, from when we shot a horror movie in Guerneville: 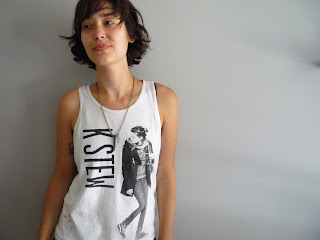 MARISA: A lot of people don't know who Kristen Stewart is.

CHERLYN: Unless you're kind of in the know with pop culture, or watch the Twilight movies.

MARISA: I had a woman say, 'I don't think she's a powerful strong woman, she's promoting Mormon ideals - in the Twilight movies - I don't think you should be promoting her . . . ' I think there's more controversy about contemporary figures. Everyone has an opinion about who should be a Closet Case. I had people arguing with me about Yoko Ono, which I understand. I'm not saying they're all queer, they're just . . . I get a vibe. My gaydar goes off. 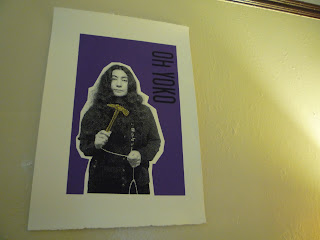 Queer? Bisexual? Or simply an Aquarius?
Okay, now let's hear about Lez We Can: 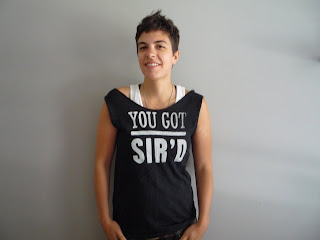 Cherlyn understands.
CHERLYN: I've had this for about a year, it's the first shirt I did. I had this line, 'You got sir'd!' for females who get confused for guys all the time. It plays on the 'You got served' thing. Apparently some of our friends in L.A. heard people saying it, which is kind of cool.

A separate thing I do is this fake lesbian energy drink called Lezgo. I make labels for cans, I get Arizona energy drinks 'cause they're the cheapest and I wrap them in the label and give them out for free.

MARISA: It's sort of a design project to make hype about a fake product. 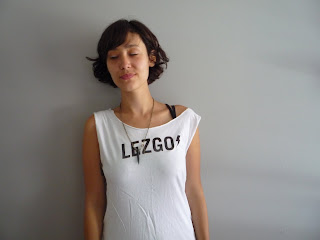 CHERLYN: A restaurant in Seattle wanted a case. I was like, okay, but they're not real.

Marisa throws a party in New York called Rumors, and we would do this thing like, Rumors is powered by Lezgo! They made a drink out of it. It's called The Gia, which is Lezgo and whiskey.

MARISA: We call it The Gia after Gia Carangi. 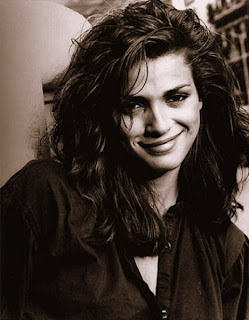 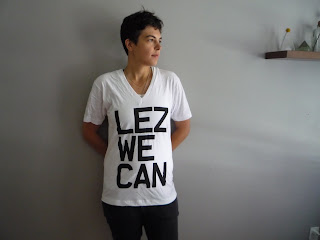 CHERLYN: This shirt got on the making of the video Telephone. The assistant director is a friend-of-a-friend, and she wore it. 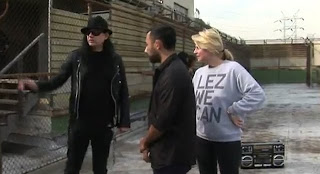 Yez she did!
MARISA: Her line has been around a little bit longer. I have yet to make it on a Gaga video.

MARISA: We help each other out. We're both graphic designers.
CHERLYN: I help her print her stuff and she helps me print mine. And we wear each other's stuff! We promote each other.

MARISA: It just started out as a fun creative project. We just like making gay T-shirts! 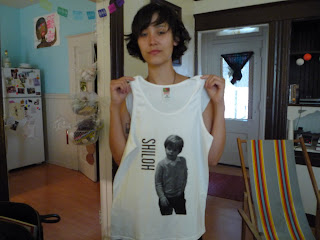 MARISA: One of my screen printing professors at school was like, 'How can you be speculating on the sexuality of a child?!' I was like - you're a straight man, forget it. 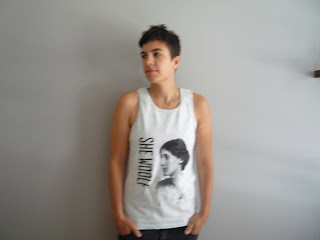 The blurriest picture of the greatest shirt ever

CHERLYN: Marisa's mom is a professor at NYU.

MARISA: She gave this shirt to her academic friends. Middle-aged women love the Virginia Woolf shirt. One of my mom's friends said, 'I've been wearing it every day to the gym!' They were starting to request more, someone wanted Sonia Sotomayor. I said, that's fine because she's kind of a closet case as well.

I like mixing real people and fictional people, like Peppermint Patti. If you watch those cartoons, she has a girlfriend who follows her around and calls her 'Sir!' 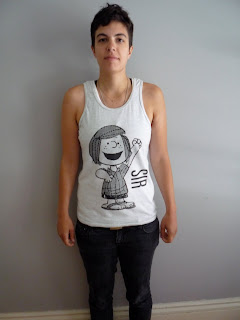 Self-Sir'd
CHERLYN: In the next few months we're going to be cracking down, printing them on higher quality shirts and having lookbooks made.

MARISA: And I have a lot of ideas for new designs!

And get involved with fake lesbian energy drinks here:
www.lezgoenergy.com