In 1994, I don't know what you were up to, but I was in 7th grade and every Thursday night when I wasn’t requesting Pearl Jam at a school dance I was planted in front of the TV, watching My So-Called Life with bated breath. The friendships. The teenage angst & self-exploration. The fashion! And you can bet that every Friday I went to school looking and feeling like my best interpretation of Rayanne Graff: 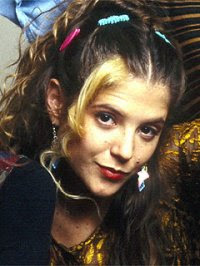 For those of you poor souls who aren’t familiar with the show, it centers on Angela Chase (played by Claire Danes, obvs), a middle class good-girl from a two-parent family living in the suburbs of Pittsburgh. Angela has been a good girl her whole damn life, and when the series starts out, we find her on the brink of an adolescent identity crisis, needing a damn change. So she hooks up with BFFs alterna-slut Rayanne and queer, eyeliner-wearing Ricky. And thus begins the rest of her life. 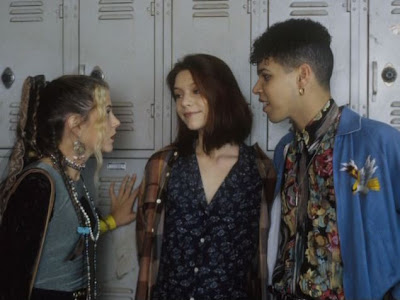 I love how this show captures the 90s formula of formal-meets-casual style spot-on: flannel shirts, military-inspired boots, babydoll dresses. But it does this in a really unique, creative, liberating way that is much more about identity than it was about conforming to certain trends or styles. The very adolescent moment of saying, fuck it – I’m not going to wear this anymore: 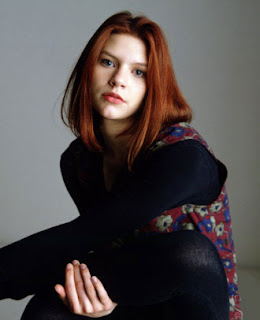 The show’s pilot episode begins with one of the best style-as-identity quotes I can think of -- as Angela leans over the sink while dyeing her hair Manic Panic red she thinks:

*Chills*. So epic. Angela’s style that comes out when she changes her look is, like her, sort of serious, understated, traditional but with somber undertones. Lots of dark, sad patterns in heavy layers. Comforting clothes. Chunky boots, baggy dresses, flannel shirts, plaid with black, etc. 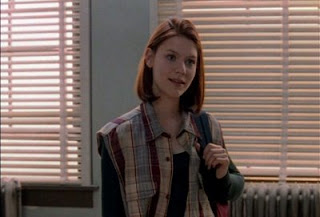 Like her sweater’s a cave where she might need to go hide inside of at any minute. All the comforts of thumb holes and turtle necks and jewel-toned velour and thick, pill-y wool. 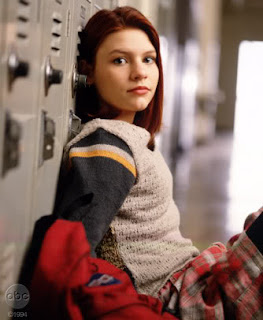 In contrast to Angela’s muted, pajama-chic look & good-girl background, her best friend Rayanne is basically a hot mess. Seriously. She struggles with alcoholism and almost ODs at the party she throws with the birthday money from her absent father, she wants to sing in a band, and fails. She’s voted by a class poll as having “most slut potential” & claims to have tried sex with “every kind of guy,” and that it just feels “numb.” Aw, girlfriend. Her outfits are like her in how they mix hardened, tough-girl elements with an ecstatic sense of fun and possibility. And she’s beautiful & complicated, for real -- in a way that few female teenaged sitcom characters have a chance to be even still today. 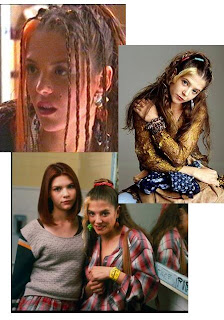 Here she is in a sweet Dead t-shirt: 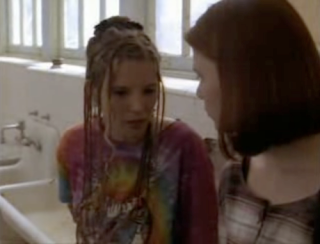 A red sequined beret and coordinating flannel? Why not. 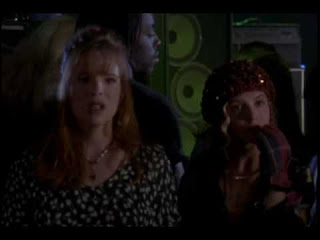 Rayanne’s look clearly is somewhat influenced by her Steve Nicks-esque cocktail waitress mom, who reads tarot cards and drinks margaritas, and never, ever cooks. Here she is: 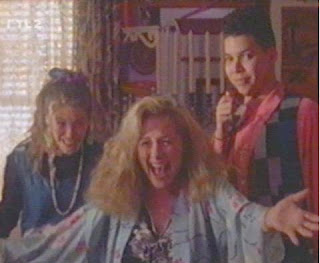 What I love about Rayanne’s look is how much of a TAPESTRY it is. Like how she presents herself to the world is so literally a collage of her past & her experiences. Who has time to match their earrings when they are so VAST and containing of MULTITUDES?! 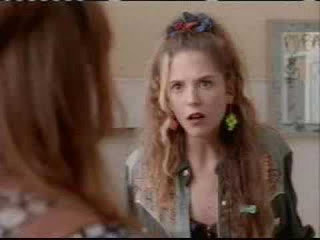 And then, of course, there are the boys of MSCL. Um, is it hot in here? Or is it just Jordan Catalano: 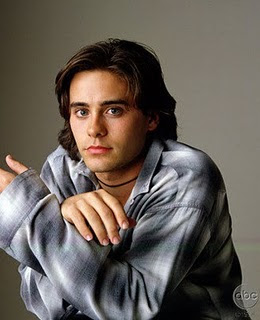 I dunno, I guess there’s not really much to be said about Jordan’s style. Baggy flannel shirts, shaggy hair, corduroy jackets, obligatory 90s gas station attendant shirt & his weird douchey rune necklace hanging from a piece of twine. But there’s just something about you, Jordan, that keeps me from going to someone else. 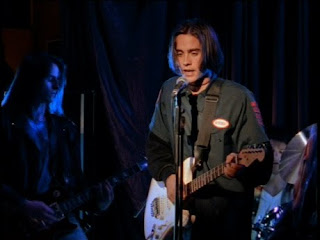 And anyway, what kind of a teenage boy gives a shit about fashion anyway? Which brings us to… 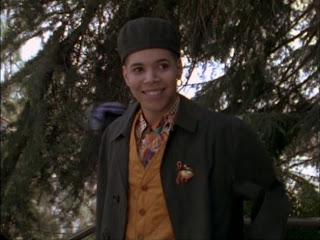 Ricky has a rough life: over the course of the show, he’s abused by his family, battles homophobia, ends up homeless, and eventually lands living in his English teacher’s house. He’s also a Grade-A sweetheart, a hopeless romantic and a great friend, and he has such killer style.

When asked by school nerd Brian Krakow about his eyelinered eyes, Ricky explains: "Okay, see, the Egyptians? They wore eyeliner to ward off evil spirits. They believed that if they outlined their eyes that the good spirits would spot them easier. I read it in a book. So that's why I tried it...the eyeliner, I mean."

And then he clarifies that he doesn’t actually believe in evil spirits: “Basically, I just like how it looks.” Such an awesomely honest appraisal of appropriation in fashion -- the deep & significant reasons we have for wearing what we wear, and the shallower ones.

At his best, Ricky’s kind of like a teenage, suburban version of Prince. Here he is rocking some truly regal attire: 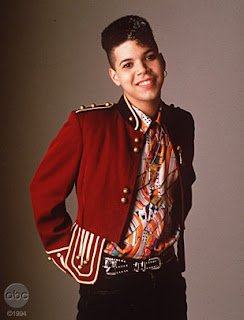 All in all, My So-Called Life was a great show that tackled a lot of important issues, & it can be appreciated on many more levels than just for its fashion. But it was so excellent at showing in a realistic way how teenagers grapple with their identity -- and how fashion can play such a major part in that. If you were busy in 1994, do yourself a favor & check it out in 2010.