The Good, The Bad and The Ugly?

There's good news and there's bad news. Or is it just good? Or just bad? Ever since the winter collections started coming out I've noticed a trend. Menswear is hugely including leggings this winter. Leggings alone sometimes, but, lots of times with shorts over them. Here's some proof. 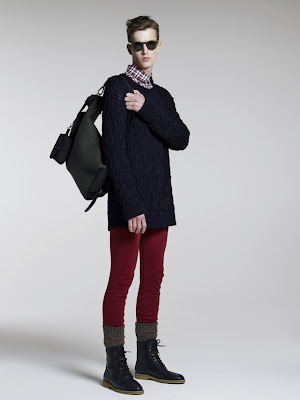 This look by B Store is leggings with a sweater. I don't think so people. Even this guy isn't pulling this off. 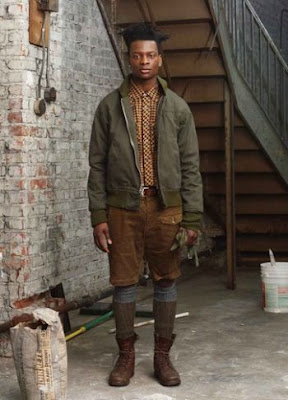 Engineered Garments is using these knit leggings for the look. More interesting for sure. Also a little leg warmer-y though. 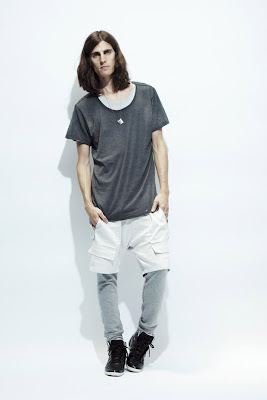 Isaora, who are a little behind the times as this is actually from their Spring/Summer 2011 collection. Or does it mean this will last a while. Who knows.

So, what do you guys think? For the record, I wont be wearing this look unless I get stuck on a cold mountain top wearing shorts with long johns in my backpack. It's not because I'm opposed though. I'm actually quite confused as to how I feel. Is this like woman wearing skirts over pants? I would hate it if it were a way for skinny jeans to get skinnier like Jeggings for men or something. But it's not, as, baggier jeans are more prevalent this Fall/Winter, even in the same collections these looks are from. I will not myself be wearing this because good or bad it's sloppy as hell. It does remind me of when I would wear cut off camo pants with long johns in the early-mid 90's though. Which brings me to another issue. Dressed up camo is also hitting the scene. 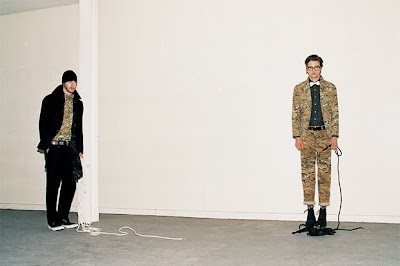 I don't care what you think, I am excited that subtle pleats are also hitting the scene. As well as tucked in sweaters which I got obsessed with after watching the movie, Let The Right One In, which took place in Stockholm Sweden where, if the movie is true to life in this aspect, the working class are tucking their sweaters in all the time. 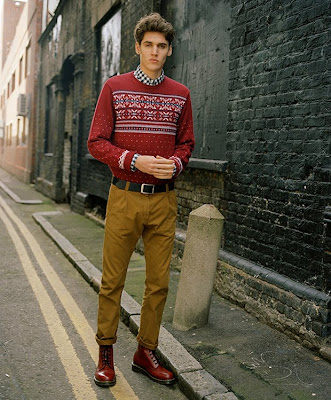 I love these by Farah Vintage. 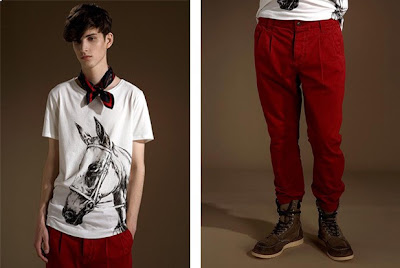 These are from the Topman Ltd Equestrian collection. Junya Watanabe makes some pretty cool ones too, as evidenced by previous Page McBee posts.

This post looks like it's turning from things I'm not sure about to things I like. So, here's some looks from the Stephan Schneider Furever collection. Nothing seems to be made of fur though. 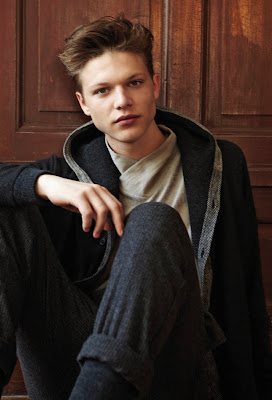 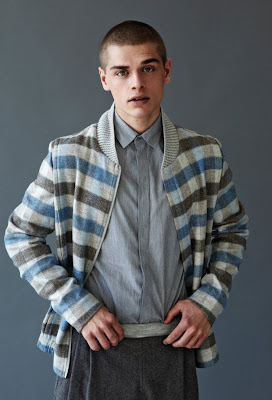 Give me this jacket now please.

Since we've covered things I don't know if I like and things I do like here's something that has been annoying me. Dickies has come out with more collaborations in the last 3 months then Carter has liver pills. It all looks like Dickies. I don't get it. It's fine just buy Dickies if you want them. Unless you want the label to say Stussy instead I guess. I'm not going to bother to show you any pictures of this crap because it's too ridiculous.

Oh and apparently I've taken on a new love for jackets with an extra function. Remember those Moncler jackets I posted about that you could wear on your back? Well here's a new jacket that you attach your matching bag to. 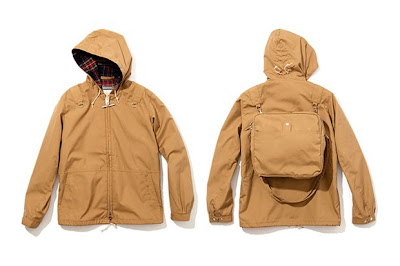