We Are All Workers? Something Smells Bad at Levi's. 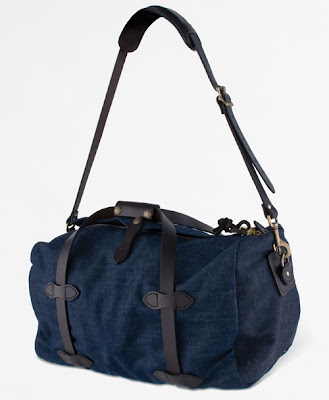 First let me say: I will not complain about that bag. That is a beautiful bag. Thank you, Levi's, for moving away the I-just-took-a-dump-in-my-pants look and into something stylistically compelling. Your workwear collection by Filson is definitely a step beyond your usual boring design, though it's problematic, don't you think, to create "workwear" bags that are priced upwards of two hundred dollars? But, that's fashion. I'll not bust your balls there (though I will say the Billy Reid collaboration is both gratuitously expensive AND ugly).


Your regular workwear collection, however, is pretty dull in addition to your super aggravating ad campaign (more on that in a minute). Here are some samples: 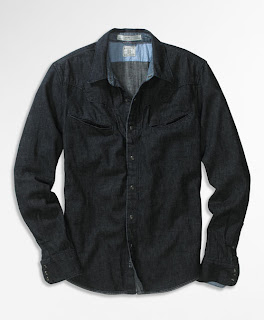 This is okay but I'd rather just buy something that's actually vintage and made in a size that fits me. 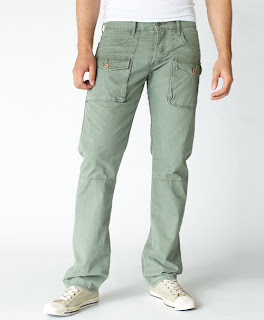 Um. Why? Doe we need to revisit cargo pants really? 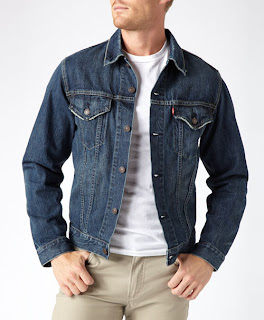 But, Dear Reader, I am not offended by boring. I'm only bored by boring. What I'm offended by is Levi's new ad campaign depicting Braddock, PA (a town on the edge of Pittsburgh, which happens to be where I'm from) as their fucking poster city. Check out this slick chapter of their multi-series documentary, produced in conjunction with IFC and the Sundance Channel:

Here's the thing you need to know about the greater Pittsburgh area: it's not some horrible, depressed post-industrial wasteland. Some towns, like Braddock, have been hit hard and are having a slower recovery than Pittsburgh proper, but Levi's donating money to the library is not what's fueling the recovery. What's fueling it are the people who are building something organic and real and in response to the community in which they are from (with the exception of Bushwick Jack--a truly frightening prospect to me--more on him in a minute). And Levi's tone with this campaign is condescending on two levels. Level one: the woe-is-me-poor-Braddock-good-working-people-who-we'll-use-as-mascots-for-our-expensive-clothes angle, demonstrated by how they chose to ONLY SHOOT in front of boarded windows, et. al. in the video above.


Level two, the fetishizing of the working class to sell clothes to baristas in San Francisco and New York and LA, a la this message, featuring the people of Braddock, (similar to many billboards in this ad campaign that have taken over the Bay Area): 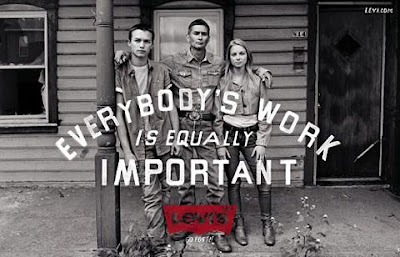 I mean, really? This is the biggest pile of bullshit I've seen in a long time. I'm all for getting inspired by history but how about you not so clearly use the trust-fund-overun Mission District of San Francisco as one of your Go Forth work sites? I think that most of us can agree that--though (some) artists face their own valid economic barriers--inviting the moneyed yuppies (oops, I mean hip young people) of the Mission to create silkscreen in a temporary storefront Levi's workshop for Alice Waters' Edible Schoolyards is a tremendously and brazenly privileged connection to draw with the former steelworkers of Braddock.


I mean, even this dude Jack--who, scarily to me, moved to Braddock from fucking BUSHWICK--is profiled here as if he's some sort of standard of what happens in the Rust Belt. I hate Jack. Take your 2001 rockabilly and your "Little Williamsburg" bullshit and move back to wherever you're actually from instead of making the "someplace somewhere" someone else's neighborhood. "So much of being in Braddock is reformulating your own idea of Braddock." No, Jack. It's not your town to reformulate, man.  UGH.

Listen, I think the problem is gentrification and development (large scale) but, on a small scale, I think that a corporate fashion empire like Levi's cannot, by definition, participate in community-based efforts without being exploitative. Which is fine--it is what it is. What I don't like is seeing the people of Braddock put on billboards to sell two hundred dollars bags to the hipsters of San Francisco. Though highlighting the struggles of post-industrial Rust Belt cities is meaningful, I absolutely disagree with Levi's right to do it for their economic gain. And, even though I really do like that duffel bag, I will never even think about buying it. 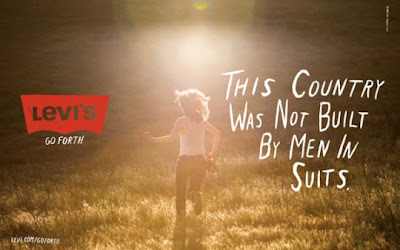 I mean, are you kidding right now, Levi's?


If you want to actually learn more about what the real locals in Pittsburgh are doing, I suggest exploring this site. Pittsburgh has incredible artists, a long history and a lot of young adults who are returning home or who never left and who are working hard to make it a better place. Unlike Portland or other "destination cities," almost all the effort is being produced by people who are actually from Pittsburgh, who've seen it evolve and who know--better than anyone--what their city needs. This is my favorite thing about where I'm from and that's why I find Levi's presumptuousness all the more disturbing. So, sorry for the soapbox rant but sometimes even pretty things aren't enough to distract me--rare indeed, it's definitely true. A rose is a rose and, by any other name, this just stinks.
by Page McBee at 11:58 AM