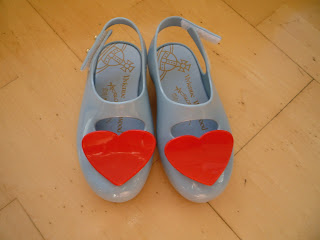 Hi, these are Vivienne Westwood kid's shoes. They exist. They're actually Vivienne Westwood Anglomania for mini-Melissa, a collaboration between Vivienne Westwood's Anglomania line and the British jelly shoe queen Melissa's kid-line, mini Melissa. Got it? Okay. I saw a blurb about these things in a magazine months ago and have been waiting ever since for my extremely fashionable one-year-old niece, Chloe Lark Black, to have a birthday so I could buy them for her. And, voila: 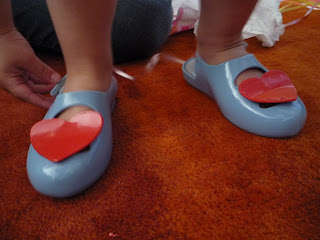 Toys for your feet! Which most shoes are, of course. Melissa does make grown-up versions with stiletto heels and big crazy hearts on the toes, so if you're feeling jealous, don't. I'm tempted to show you a picture right now, but this blog is not about these shoes in particular. It's about the amazing style of my now two-year-old niece Chloe, as explained to me by my sister Kathleen, no slouch in the style department herself. She is so fashionable her husband Eric bought her a Rag & Bone bubble top for their wedding anniversary, and he is so fashionable she bought him a Rag & Bone scarf. Doesn't that have a sort of Gift of the Magi feel to it? Like, if the couple in Gift of the Magi weren't tragic and lived in Santa Monica and bought each other gifts from Rag & Bone? Anyway, my sister took a break from writing thank you cards for Chloe's birthday presents to talk to me about her daughter's impeccable style. 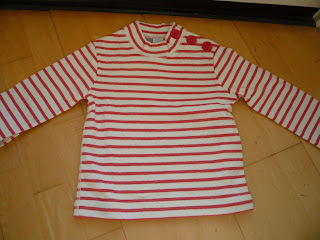 IRONING BOARD COLLECTIVE: I hate asking people what their style is, but I'm curious as to how you'd sum up Chloe's style.

KATHLEEN BLACK: It’s a fair question because I’ve actually thought about this. When she was first born I had he hardest time dressing her because I thought really frilly things were unfair to her. I wound up dressing her like an Eastern European Communist block comrade. But I felt like it was a more accurate representation of her! She seemed comfortable. It seemed weird to put her in things that are so dolled-up when she just wanted to move. 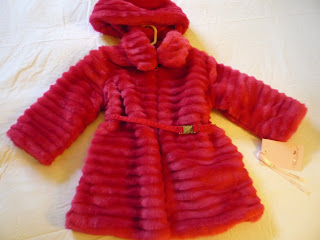 KB: I think her style is active, with fun – What are you doing? She hates the kazoo, she doesn’t like the sound of it. Are you okay? She just tripped! – So, now I think she’s sort of fun, active with a lot of flirty embellishments. Cotton dresses with a little bit of tulle. Like right now she’s wearing her white leggings that have a little ruffle. 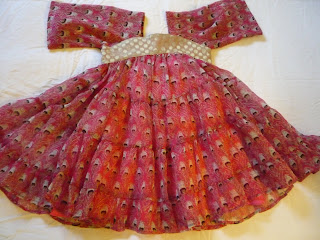 IBC: When did you start dressing her more girly?

KB: It was really once her hair started growing in. She had, for the longest time, this sort of military look, high and tight. Then her hair started growing in around a year and you could see her neck and she looked more girly. I thought it would be fun to add more girly touches. On her first birthday I dressed her in a silk, white dress with rose embroidery. After that I was okay with her dressing up a little more – What’s in your mouth? Spit it out. Oh, it’s a grape. 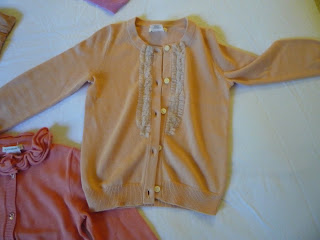 KB: First things first are her J Crew things I really like. – Mama, you’re watching Chloe? – These are from Crewcuts and I think are a good example of her style. The buttons are plastic, so I’m not going to stress about them, I can wash them in the washing machine. And she has new cords, funky sort of skinny cords. Bright color is an important thing for her. Grey is a popular color, but I have to pair it with bright colors or if washes her out. I’m trying to figure out what’s her style for fall. What’ll she do for fall? It was a lot easier to dress her in the summer. 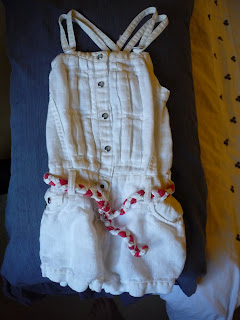 A summer look from Zara 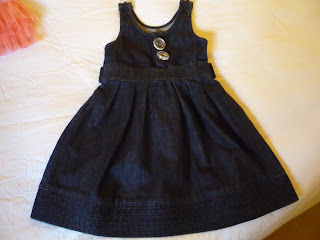 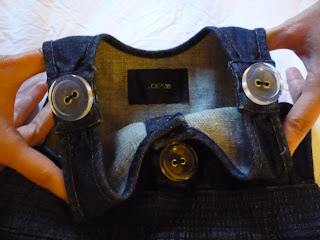 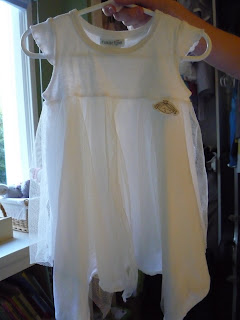 KB: One other more practical thing is Naartjie, from South Africa. They’re like the Gap of South Africa, but they never repeat an article of clothing, whatever they do they only do it once. This is classic Chloe. She wears Naartjie about every day. A lot of people don’t know about Naartjie, but they’re pretty popular here in L.A., they have a lot of stores. 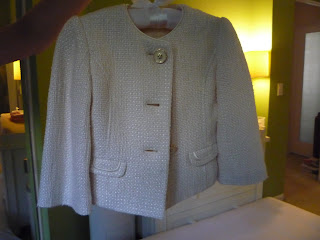 KB: This is Chloe’s potential Christmas outfit. My concern about this is she’s going to wind up looking like a weird child little old lady, and it won’t be cute, it’ll be sad. But if it works it’ll be adorable. It’s very Jackie O. I think she can pull that off. 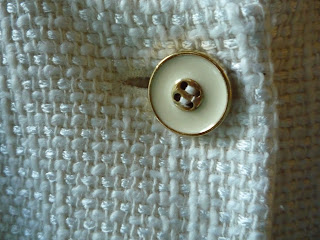 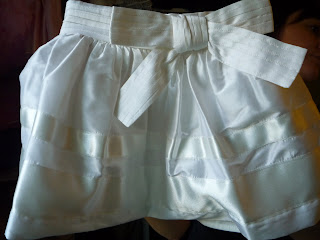 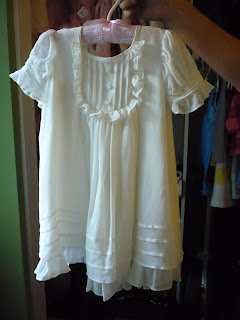 KB: This dress I love, I can’t wait for her to wear it. I hope she doesn’t outgrow it before it’s too late. She has a lot of clothing in white. I think she looks striking in it. 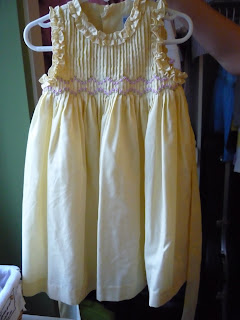 KB: Here is an Easter dress that I love. This is by Luli & Me. This is her second dress by these people. Look at the pin-tucking! 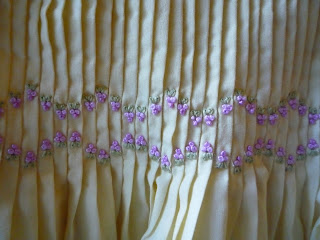 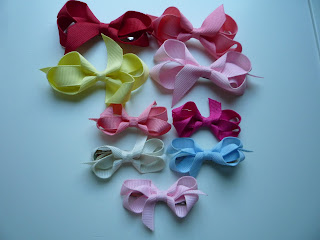 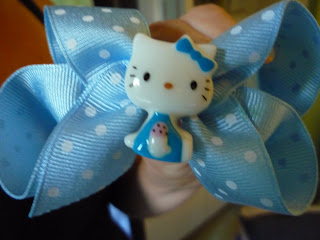 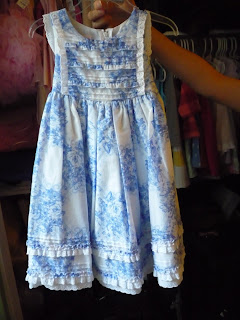 Biscotti
IBC: What happens if she wants to wear something you don't like?

KB: She can wear it. The trick for me, if I offer her an option I have to be okay with both options. I don’t want to offer her a color I don’t think will work. I try to give her options, but options I’m okay with.

I want her to be able to express herself. She loves shoes. She loves Eric’s men’s shoes and she likes my sandals. She likes flats. When we’re in the store she definitely picks out things that she likes. I imagine that’s going to turn into her saying, ‘Mom, I want this.’ I think you kind of have to compromise. I look at Michelle (me! - Ed.), and she was going to wear what she was going to wear.

OUR MOTHER: She wanted to go to school in Nana's nightgowns.

(Editorial Note: My grandmother's nightgowns were shimmery, polyester 70s nightgowns in, like, peach or lavender, and would have been a wonderful alternative to my plaid Catholic School uniform, which had an undeniable classic charm but became tedious day after day.)

KB: You can either have fights over it, or . . . a little girl came to Toddle Tunes the other day wearing a T Collection sleeveless hoodie with unmatched leggings and a powder blue polyester tutu with sequins and iridescent stitching. She looked great. If Chloe wanted to do that I’d be like, fine. It makes no sense, she looked crazy, but she wanted to wear it. 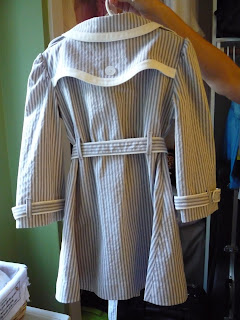 KB: Myself? It’s, I’m a little embarrassed, I love Anthropology. That’s sort of what I love the most for myself. They have a variety of brands there but it’s all one look. It looks vintage, but I don’t look vintage. 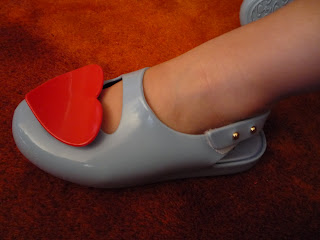 Special thanks to My Mother for additional art directing.