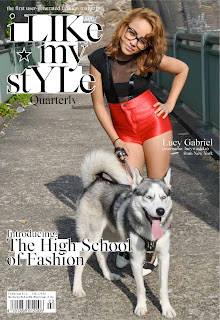 I was looking for Love at the international rack of a newsstand in a French airport (that would be the UK fashion magazine Love) when I found I Like My Style Quarterly (#2), featuring a bespeckled young person in red leather hot pants and an Alaskan sleigh dog on a tight leash on the cover. Of course I grabbed it, and what was inside was a real revelation – a magazine that gives you all the eye-candy, fantastical pleasure of a fashion magazine, but with content that was surprisingly DIY and personal. Yes, there are editorials with models wearing Balenciaga and Rick Owens, but the models are just cute people who ran into Barney’s dressing room with a stack of clothes and did a sneaky photo shoot. There’s a lady wearing Balmain and Alexander McQueen, but they’re actually her clothes, she’s a stylist in Bangkok and the shoot happens in her house. An outgrowth of the social networking site ilikemystyle, the creators of the magazine lift the user-driven content off the web and funnel it right into the publication, which is how you get a bunch of adorable people talking about if they like their hair, or pairs of female besties talking about their clothes and their friendship. In With Compliments people write about beloved editorials in other fashion magazines -fashion fan-ficiton! Issue #2 has Lady Gaga impersonators in conversation with one another, a trip to a Russian Doll Factory, recipes for a Lebanese dinner party, a glimpse of Marina Abramovic, and tons more. I emailed Eva Munz, who publishes the magazine along with Adriano Sack, for an interview, and here it is. 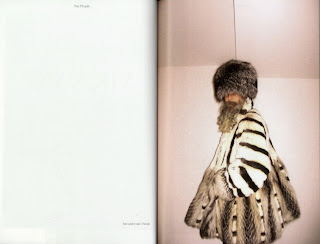 IRONING BOARD COLLECTIVE: Hi, where are you right now and can you describe what you're wearing?

EVA MUNZ: I’m at home in New York. It’s extremely hot and I’m wearing a lunghi with two corners crossed in front, then tied behind my neck, so it turns into this kind of dress with the back exposed. The blue-checkered fabric is traditionally worn by men in India, it’s extremely cheap and a multi purpose item: I use it as a beach towel, bathrobe during hot summers, blanket for covering dubious beds in faraway

places or as a scarf. Adriano (my co-publisher) brought me this one from Calcutta 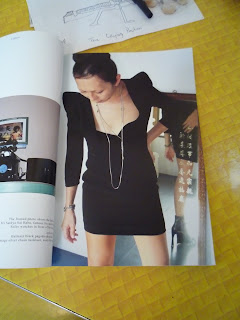 IBC: Can you please explain how I Like My Style happened?

EM: A couple of years ago Adriano Sack and our art director Judith Banham founded the social network Ilikemystyle.net with some friends. It was a complete side project for everyone. Last year print magazines seemed all went belly up, with advertisers pulling out, the economy completely out of control. Nevertheless, Adriano and I wanted to do our own thing. He suggested we invert the classic

relationship between print and online. Traditionally you have a print publication and you upload some highlights or additional stuff on a webpage. We basically go exactly the opposite direction, we upload the editorial office and distill some of the content of the website and spin it into something completely new. On ilikemystyle.net you can find some very real and many totally surreal people. Judith knows the website inside out and she constantly pulls pictures of users of ilikemystyle upload and puts them in new context, they become stories. I thought that this was just so persuasively entertaining and the allure of it all to be so innocent and real was incredibly fresh. It’s a huge treasure box. We are not just a fashion magazine, we’re also a people’s magazine. 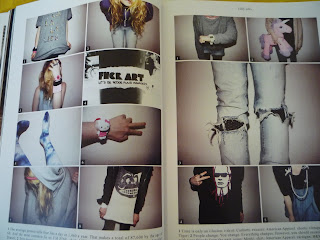 IBC: I Like My Style is presented as a total fashion magazine, but once I started reading it I got the sensation that the magazine is actually not connected to the fashion industry, that it’s is coming at it as obsessive outsiders, which is so exciting. Can you talk about the ways in which you are or aren't connected to the larger industry, and how this influences the content?

EM: It is in the nature of the user-generated content that makes us seem offsite. Our magazine is very much about personal style and self-expression. We’re trying to empower people who are not part of the fashion industry to show their style and sartorial choices. As an editorial team we do not produce fashion spreads. We select and curate (hate that word, but it’s fitting) the visions of the users. The dressing room piracy is really the essence of ilikemystyle, a very anarchistic way of looking at high street fashion. We established With Compliments (fashion spreads of others) because we also wanted to communicate that we absolutely love traditional fashion publications. It’s just not our approach. I’d consider us pretty

connected: our fashion editor Martin Cho is the accessories designer for Marc Jacobs, one of us usually attends Fashion Weeks in various capitals, Adriano is very much in the loop. We’re really not looking away, our way of engaging is just different. 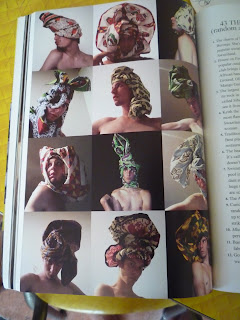 IBC: I love reading fashion blogs, and it was so amazing to have something akin to that in my hands, but as a piece of printed matter! What made you go off the computer?

EM: I love paper. I love books, I have a subscription for the New York Times, a lot of my close friends including my business partner Adriano are writers and novelists. I spend so much time at the computer, however, that I enjoy turning away from the screen, to read print and turn pages. People are still buying magazines, but the whole industry is shifting and that is not necessarily for the worse. It’s just different. I

believe that change is harder for big publishing houses to stomach than for small publications. Are we breaking even? Are you kidding me? We’re very grassroots, but we’re not trustfund kids, everyone gets paid even if it is very little. The free magazine VICE, once belittled now a multi media powerhouse, proved that if you have a huge following which continuously generates appealing content on eye level it is just more successful than looking at your audience on the basis of a perfect pie chart, or a power point presentation, or via on outdated advertising strategies. A lot of this dinosaur professionalism and market research tools is just blabla snore. It’s pretty safe to say that we’re much faster in coming up with ideas, 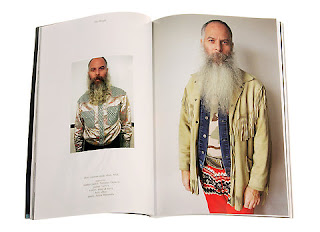 IBC: The magazine feels very international, which is also exciting. Where are you based, do you travel around a bunch?

EM: I am based in New York since a year, and I travel a lot. Before moving here I was based in Berlin for a couple of years, but I really just used my place to store my books and change suitcases. I’ve lived a large chunk of my adult life in different places in Asia: New Delhi, Shanghai, mostly Bangkok, a little Sri Lanka. Strictly non-spiritual; the exact opposite of Eat Pray Love more like Lost in Translation. I was writing but mostly I directed TV advertising campaigns for Asian markets, which I still do from time to time. Judith Banham (the art director of Ilikemystyle) and me also worked on a literary magazine penned Der Freund in Kathmandu, kind of a German version of The Believer. Why Ilikemystyle Quarterly turned out so international lies mostly in the nature of the social network. It’s nothing we can or want to control. For the users it’s a great way of getting around. If anything, we want to remap the world of style: Ilikemystyle suggests that Manila, Warsaw, and Philadelphia are just as inspiring and cool as Paris, New York and Tokyo. The project isn’t laid out for geographical judgment. 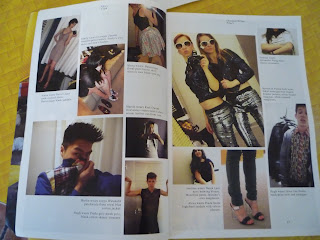 IBC: I love that you feature people's own clothing collections, and people of different ages. How do you decide who to profile?

EM:It comes pretty naturally. People who upload more get more attention. We reach out to them, start a conversation and then a story forms. There are just so many amazing users on our site. 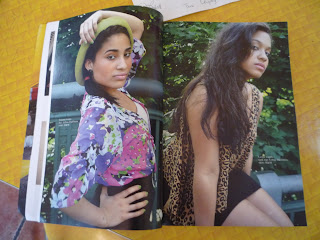 IBC: I really like how spontaneous and open the magazine feels - you were walking down the street and met a bunch of high schoolers who wound up on your cover! What's your sign? Do you believe in astrology?

EM:I guess you have to be extremely curious and open. The High School of Fashion kids were all discovered by Alexa Karolinski who we work with for our new division, Ilikemystyle Moving Images. She literally bumped into them. I invited them to the office. One of the kid’s moms called me and asked what kind of pictures I was planning on taking of her son. I told her that I wasn’t going to take any pictures. If anything I wanted them to produce their own fashion spread with zero involvement by us. 20 hours later they gave us something like 2,000 pictures to chose from. I’m an Aries and my rising sign is Leo. I do believe in astrology, but it took me a while. In our next issue we have French astrologer Pascale Mercier compares the astrological charts of Cristobal Balenciaga and Nicholas Ghesquiere. It’s pretty next