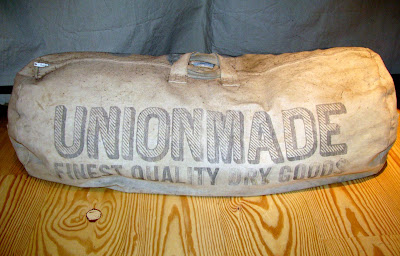 About 6 months ago my most shop-aholic of friends asked me if I'd been to a new men's store 'near the Castro'. I had seen this shop but not entered fearing that it's beautiful storefront was just that a 'front' harboring ugly studded or eagled western button downs. They assured me this was not the case. They said this store seemed to have been put here on this earth, in this city, just for ME! I wasn't completely convinced but went to check it out nonetheless. And holy shit, I walked in to a perfectly decorated store. Vintage Pendleton blankets laid about, Hillside ties burned into my pupils, wool striped navy sweaters called my name. The eagle has landed people(and not on the chest of a 2-bit shirt). San Francisco finally has a men's store done right. Everything is beautiful here and the staff is friendly and knowledgeable without being pushy or pretentious. Union Made opened Nov. 15th 2009 and if you live in SF and dress in menswear I suggest you get your ass in this place. I stopped by Union Made last week and asked Todd Barket, the owner, a few questions.

Here's Todd pictured in the store with his greyhound. Fyi, the first time I saw this dog he had a Hillside chambray bandana around his neck! I thought 'that lucky dog got it's paws on Hillside before me damn it'. I later received the same bandana as a birthday gift from my friend, thank god, I am now lucky as a dog. 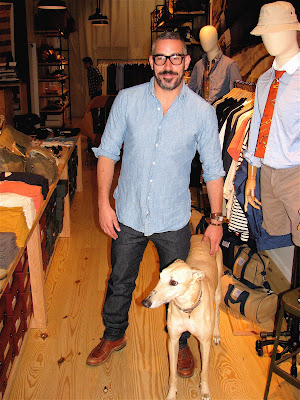 The Hillside collection at Union made 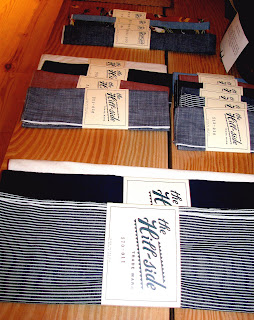 Had you had this in the works for a long time?

"No, I was working for the Gap for almost 20 years and I got laid off last May. So, I basically took a month off, I traveled a little bit. And then I kinda knew I wanted to do something along the lines of this I just didn't know what it would be so I got a little severance from them and ended up putting pen to paper and just making it happen.".

What's the concept? I thought you had all American made but I notice you have some other stuff too.

"It started out that way and I think the way it's evolved, in a good way, is that things that are made in America I was finding that it didn't fit right, you know it was like not fashionably correct and there wasn't a lot out there at the time. I think there's more out there now that's made in America that actually fits and has a little bit of fashion value to it. I think what we did is a fall-back which I think works better. It's a little bit more sophisticated, is finding heritage brands that are compatible with American heritage brands. So we did like European stuff, we've got Armor Lux which makes stuff for the french army, we've got Il Bisonte which is great italian leather goods they've been around for 40 years and they have a big following. So, we tried to work some european stuff in with the american. And then we've got J.Crew and the only reason why we do J.Crew is because it's great basics and it's asperational. We've got Carhartt Europe coming in which is taking all the american stuff they do and making it fit better." 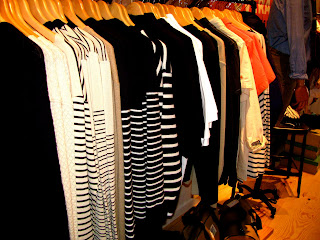 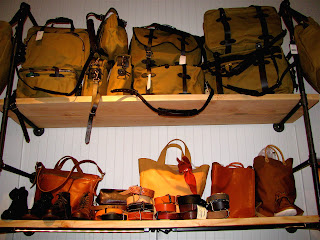 Do you have a favorite designer?

"We've got some cool stuff coming in for fall. Farm Tactics we have right now, it's a guy from LA, I think his t-shirts are really amazing. I think the Alden shoes are one of my favorite. The Levis Vintage are my true favorite, which I wear everyday and I always have so I was happy to get it for the store." 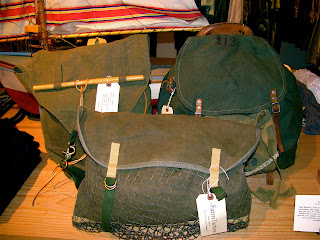 How does collaborating with places like Alden work?
"We did it in small doses here and there because I personally am a little burnt out on all the collaborations everybody's doing. We try to steer away from them and aren't actually calling them collaborations. We're doing things low key like we did a jacket with a company here in San Francisco that makes letterman jackets. Those are all made here in San Francisco which we thought was a nice fit. People are open to it, you know I think a lot of these older companies want to modernize and work with people who have an aesthetic or point of view. There's definitely parameters especially with Alden. They don't want it to look clown-like or brand inappropriate."
Todd may think collaborations are tired and I may have to concur seeing as every fashion blog post I see these days is titled something like Nike x Stussy or Petco x Tevas, but, hopefully this wont stop him cause look at this shit:
The damn perfect not clown-like buck Union Made concocted with Alden 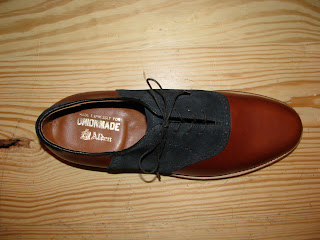 The Golden Bear/Union Made jacket. They have it in red too. 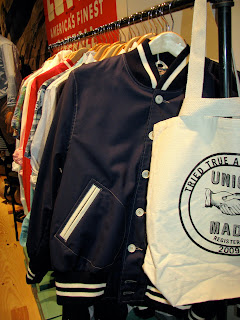 Is there anything you wish you could get your hands on for the store?
"You know, we've gotten great press on the store so we've actually had people reach out to us, surprisingly, lines we thought we never could get. We're talking to RRL cause I'd love to carry just a hand-full of RRL(Ralph Lauren) mostly for personal reasons," Todd laughs, "just because I love it."
Do you have any current obsessions?
"I'm obsessed with getting our website up and running!"
Union Made says this will(hopefully) happen by July 14th and that they will have an online shop. So, soon even you non-San Franciscans will have the chance to get your mitts on their goods.
I notice you have a lot of new stuff in here, like every time I come in. What's up with that?
"Yeah, I don't buy super deep into stuff so it gives us an opportunity to move through things. I like keeping things fresh and I think the one good thing about the store is because of San Francisco's weather climate we're not super seasonal."
Were you always into fashion?
"Yeah, I grew up in a small town in Pennsylvania and I remember looking at GQ as a kid and there used to be a fashion show on CNN with this woman, Elsa Klensch, and I'd watch every Saturday."
Was your family fashionable?
"Yeah my dad definately was." Todd says this in a surprised tone like it had never crossed his mind previously. "He was a compulsive shopper which was good because he was always buying stuff and I could talk him into getting things for me which was awesome."
What do think about people saying San Francisco doesn't have fashion?
"I think it's not like fashion like New York but it's definitely got it's own aesthetic and I think it's got it's own style. I think with a lot of it, especially in the mission, a lot of it is grounded in vintage and that ilk. But then I think there's a handful of people that do real fashion. I mean if you think about what's here, Levis is here, Gap is here, there's all these big companies that do these really democratic things so I think there's something interesting about this middle-of-the-road fashion thing that happens in San Francisco. It's really accessible. There's a lot of tasteful people, there's a lot of money. That really surprised me, you know, I run with a different crowd so to see all these different people I've never seen before in San Francisco, that's been really interesting."
Is there a current fashion trend annoying you?
"Flip-flops consistently annoy me, that's a constant. Also, I'm a little super-slim-jeaned-out."
I asked these questions while standing in front of the counter where Todd couldn't see my bottom half, he looked a little sweaty and scared while answering this last one. Perhaps he was scared I had on skin tight jeans with flip-flops and would be offended. He's just that nice.
The dressing room 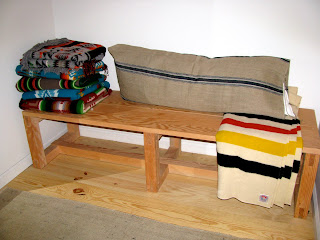 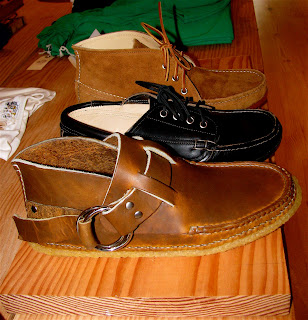 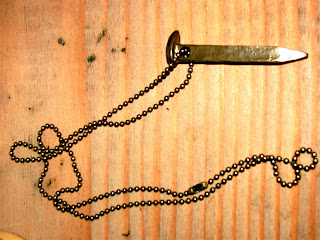