Snake Eats Its Tail: On Fashion As Life 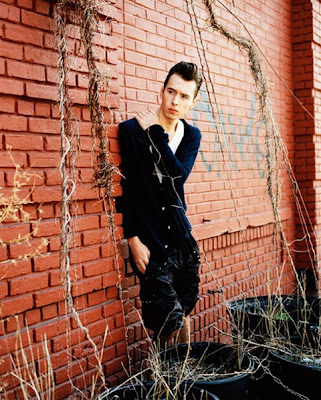 I have recently discovered the excellent online magazine Feature Shoot, which profiles fine art and commercial photographers. I was particularly impressed by the work of Ryan Pfluger, whose portraits look edgy and soft all at once. His models, like in the piece above, have a subtlety to their fashion that I really appreciate. It's like a bunch of my most casually fashionable friends got sculpted into well-lit art.

I am really interested in aesthetics that toe the line between performance and authenticity. Fashion as mask, fashion as extension of self. I like when people look considered, like this gentleman lazing about in the summertime in his sweet, sweet shoes: 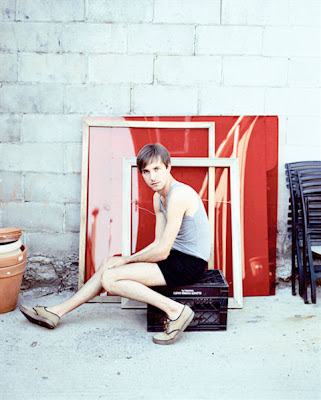 I also like to think that the way we express ourselves visually is an extension of the ephemera we absorb and think about in our daily lives: our rebellion/consumption of mainstream culture, our memories, what's on our corner, our icons, our movies and our art. In a lot of ways our interactions with the world is a massive feedback loop, a snake eating its tail. Our art becomes commentary becomes real becomes art. And it's all style.
Case in point: no one can deny the influence of Mad Men on fashion but, from where I'm standing, that influence happened very organically. I remember spending time in LA when the first season was airing and everywhere you looked there were guys in suits. Now, reading my previous posts, you might know that I find it absurd when dudes formalize their outfits willy-nilly, but I appreciated that something about the style spoke to all those aspiring actors and other industry types in the City of Angels. I respect their nostalgia for a big city glamor predating bedazzled t-shirts, a time of formality and buttoned-up mystery.
Even Michelle Obama drew comparisons to Jackie O at President Obama's inauguration. Perhaps the First Lady felt as inspired by the look of the brooding television series as the rest of us did? Or, maybe, she just felt inspired by Jackie O, who was clearly the most fashionable first lady before her. Either way, her outfit echoed  the street style emerging that year and probably, also, cemented its reign. What could be more glamorous than an inauguration? TV became life became history became TV again: 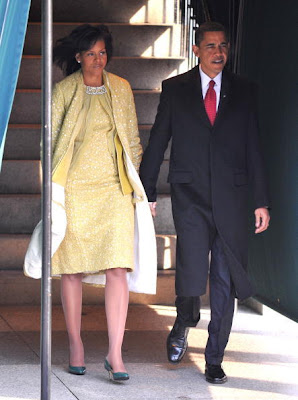 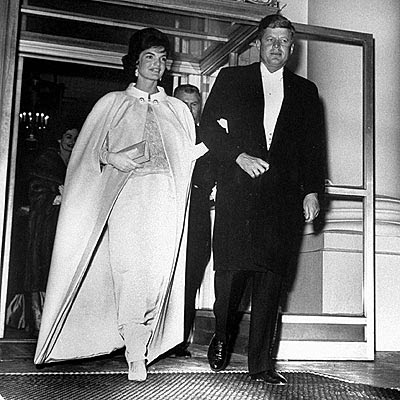 Point is, style is everywhere: in our architecture and our politics, our graphic design and our literature. I love that sometimes fashion just explodes into being and that people have emotional relationships with their clothes; relationships laced with history and nostalgia and idealism and desire. I love that sometimes people really are wearing their hearts on their sleeves.
by Page McBee at 12:20 PM