Patricia Malone, will you marry me?

High School is kind of an amazing fashion landscape.  Style-wise, people are figuring their shit out, trying to be just like each other and like noone else at the same time, and usually doing it on a budget.  I work in High Schools and I get my mind blown on the daily by the stuff kids come up with.  The first time I saw a kid sagging skinny jeans, or wearing a hyphy hoodie I felt so brand new.

And last night I found some old yearbooks from McClymonds High School in West Oakland in my closet.  They're from the late sixties and early seventies when my mom used to teach there.  And they're amazing.  I'm going to recommend that you click on all the pictures in this post to see the bigger versions, because details in yearbook photos are slightly less obvs than in your average fashion editorial. Check it out: 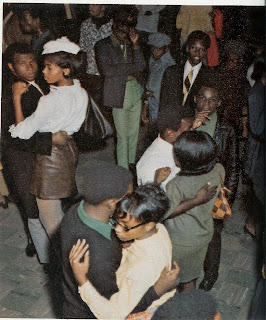 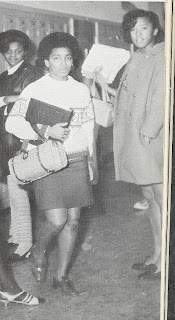 I love this purse. Also, her buddy with the kitten-heel gladiors is doin allright.  If these shoes were the thing to wear in the late sixties in West Oakland it might explain why every black woman I know of a certain age wears kitten-heeled shoes when she is getting dressed up.

This girl was in the Choir.  I want to sing her praises. 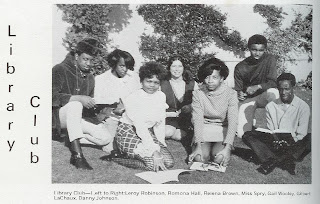 Future (SEXY) Librarians!! Notice: Tights. FUR Hat and Ankle Boots. Glasses on the book instead of on the face (and you say you want to be a librarian. ha.) 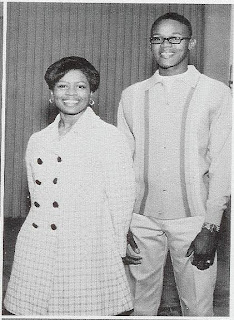 Larry Williams and Lillian Johnson were voted best dressed.  Honestly, Lillian's choice of a pea coat for this pic is baffling, but Larry, who happens to have the same full name as my father, came correct. You could slice a tomato on those pants creases. And the watch is sick.

So, in 1969, there was a category for "Prettiest Hair" and a separate one for "Best Natural."  If that doesn't epitomize the connection between politics and style I don't know what does.  Check out Joe Hubbard's lucky... rabbit's foot? furry thing? pinned to his Jean Jacket. Also, his watch and his pinky ring.

As for my Natural friends... I would rock this one-shoulder shift with side cut-outs that Sharon is wearing this minute, and since "Kung Fu Fighting" would not be written for another 5 years, Eddie is clearly ahead of his time. 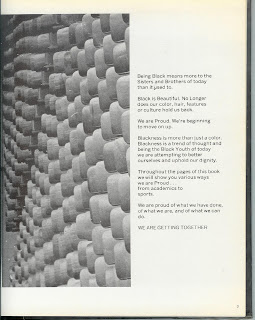 This is the front page of the 1969 yearbook. There are no outfits in this picture. But don't you see how it's connected? (Click the picture to read the text). These kids all look so proud and put-together.  Once last pic before we leave the sixties for good: 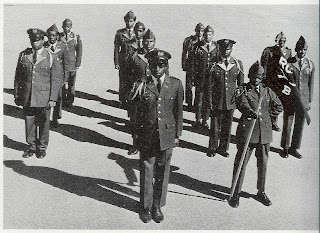 This is ROTC. Which I'm mostly showing you because just two years later in 1971, the ROTC unis all of a sudden look like this:

For a minute I thought It was a Panther rally.  In 1971, the Panthers and the War in Vietnam are both in full swing.  I'd have a hard time believing that our Military would proscript a rakishly tilted beret as part of a uniform so I have to think the kid did it on his own.  The appropriation and re-appropriation of Military fashion is so interesting and sometimes makes my brain hurt with all the implications regarding power and image. 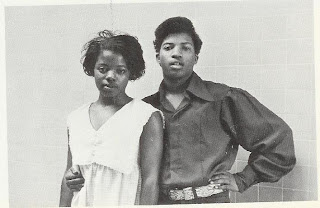 On a lighter note... Ricky Ricardo Shirt!! ...and I don't think this is for a performance on stage or anything, this pic was just in the regular section, and homegirl is wearing what looks like a regular outfit. 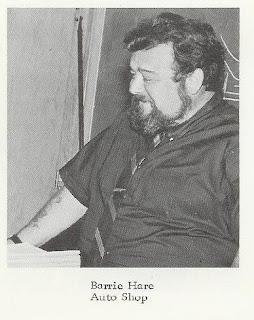 Ok -- The Auto Shop Teacher is wearing a Skinny Tie and has an Obvious Giant Forearm Tattoo. Which I think was definitely not regular in 1971. Go this guy. 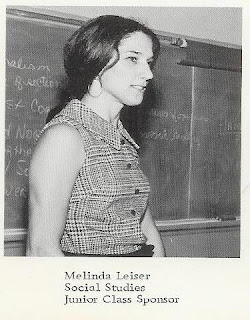 Tweed, Peter Pan Collar. She made that herself, btw. I know, cuz that's my mama. 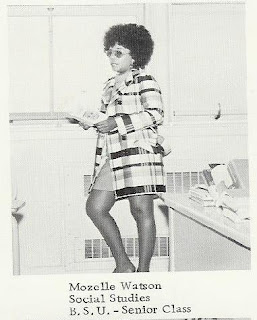 Mozelle Watson, That Trench is so sick. She is obviously waaaaay too cool for school, I don't know what they talkin bout "Social Studies."  I'm tryna study Mz. Watson, that's what. 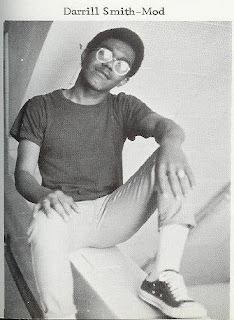 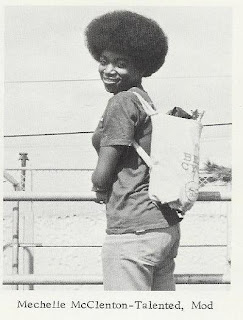 This year they actually had a superlative category for "Mod."  Above are the winners. First of all, Kid Cudi obviously has a copy of this yearbook, since he is basically working Darrill's swag.  Second of all, Mechelle, you are the only female person in the Mack Yearbooks of 1968, 1969, and 1971 who is wearing Jeans and a T-shirt. And I love you for it. And I love your classmates for obviously realizing this was DOPE and applauding you for it, even though all the other chicks were in tweed skirts and go-go boots. 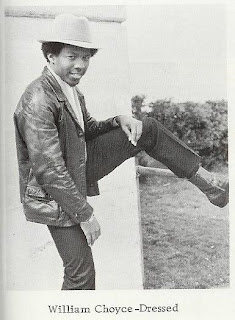 William Choyce!! How many hours did  you work at your after-school job for those boots?!?! And please set your time machine for 2010 to bring me that jacket. 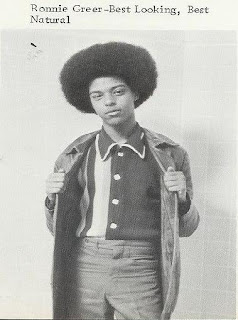 Wow, Ronnie Greer, you really are good looking! And your two-tone shirt with square buttons and contrast stripe ain't half bad either. 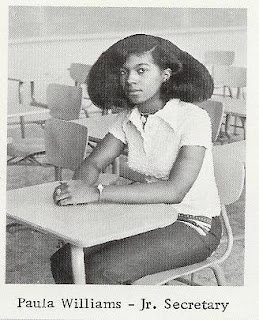 EAT YOUR HEART OUT GAGA!! 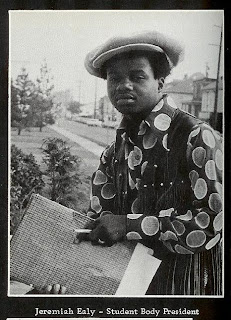 Polka dots and fringe. I'm pretty sure I remember seeing an old clip of the Jackson 5 in this exact outfit. Also, his folder is plaid. 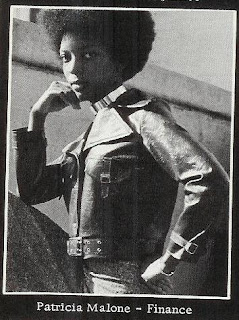 Patricia Malone, will you marry me? Makes sense she was a finance officer, clearly she means business.  She is wearing that jacket. Wearing it out!

Also, underneath the McClymonds yearbooks, I found the yearbook for Gallileo High School in San Francisco for 1928.  Which happens to be the year my Grandmother was a senior there.  For your review: 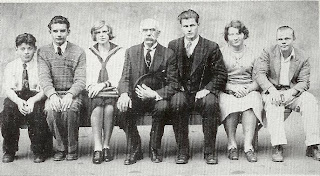 This photo is captioned Delta Sigma Tau. I have no idea what that means. Sailor dress! ...and yet another military fashion/power/image conversation waiting to happen. 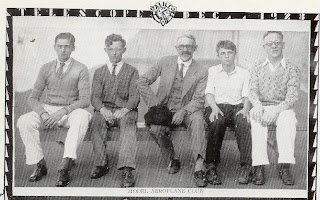 Model Airplane Club! I thought my IBC cohorts Page and Michael would be especially appreciative of this one. Gentlemen who dreamed of aviation! 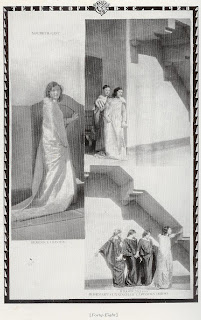 This is from their theater producton. Good lord that is some fine draping. 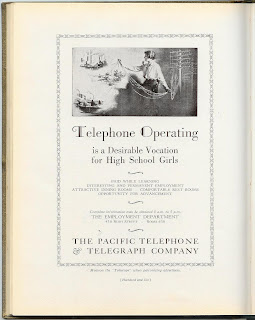 This yearbook ad is just so... antiquated, but also funny & cute if you think about the word vocation as "pastime" instead of "job." 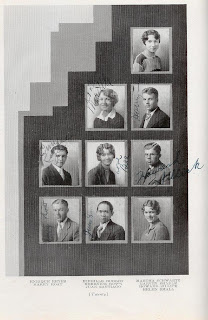 My grandmother Martha Shwartz, at the top of the pyramid. Stripes! Yes.

And in closing, yours truly in the High School years: 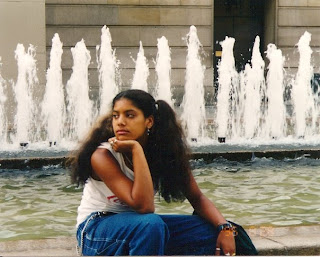 Rings on every finger. Wallet Chain. Baggy Carharts. Waterproof Timex. Sometimes I'm not sure which things are gay and which things are 90s. Or if the 90s were just gay. Also, I just noticed the surnames of the three generations of women in my family in the order they appear in this post (Leiser/Shwartz/Love) go like this in translation:

Love
Carrie
by Carrie Leilam Love at 12:31 AM