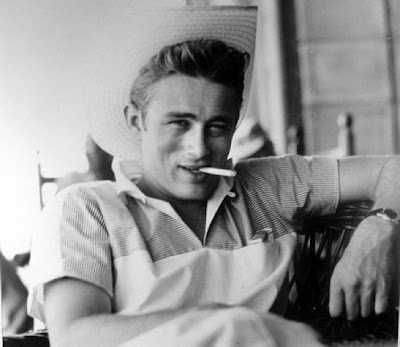 James Dean's look--rugged, rebellious, masculine and androgynous all at once--inspired an enduring and uniquely American fashion iconography. Anyone with an appreciation for basic aesthetics can get behind a fitted white t-shirt and a pair of blue jeans--and the deceptive simplicity of Dean's slouchy, considered look launched a thousand fashion ships in the years since his death in 1955.

What works about Dean is that his style is cultivated, personal and no-nonsense. He looks, in other words, completely comfortable in his clothes wherever he is. Every accessory is an organic expression that puzzles together perfectly all the elements of his style--giving him an understated confidence that both flies in the face and easily riffs off the suits that surrounded him. 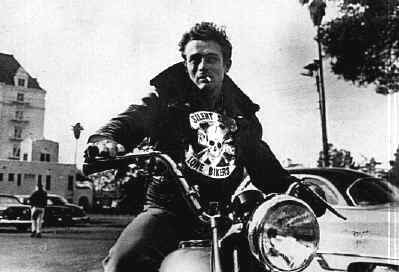 Dean's masculinity was both authentic and performative, a reflection of his most certainly queer private life. He liked racing cars and throwing sass at reporters. He was cool and charismatic. He knew what to wear to a party and what to wear on a Sunday lounging around his house--a respect for the etiquette of fashion combined with a keen sense of when to bend--or break--the rules. Knowing intimately the language of the genteel meant James Dean never looked like a fool. It also gave him the space to embrace a range of sartorial expressions from a grounded template and always look cool in the process. 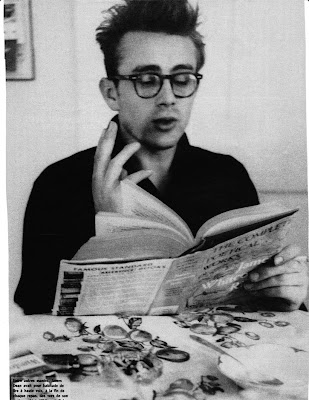 Dean's effortless style lives on today in the work of two of America's best fashion designers--Thom Browne and Tom Ford--who connote images of rebellion rooted in a sense of the gentlemanly palette. Tom Ford's incredible fashion fest/film, A Single Man, demonstrates his diverse range of midcentury style interests. The actors he dresses are detailed and particular in their expressions: from a Dean-esque hustler to Colin Firth's buttoned up Englishman to his more-at-ease-slightly-ruffled American partner, Jim. 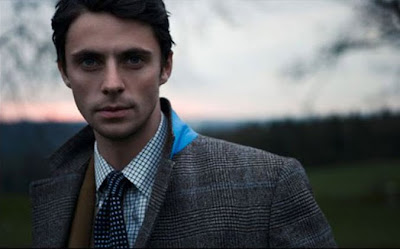 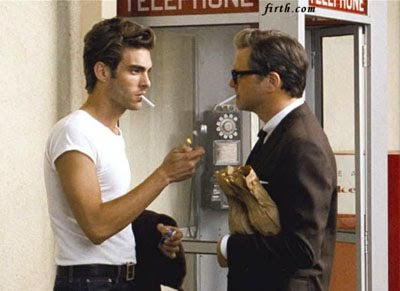 A hustler and a professor, 1962
But one need look no further to the man himself: Ford's style is consistent yet interesting, lived-in but dynamic. Like Dean's hair or tight white t-shirt, Ford's trademarked his scruff and and suit combo to create a highly personal, unpretentious style: masculine lines with graceful drama. And he never looks like he's wearing a costume, precisely because he seems to understand that he is. 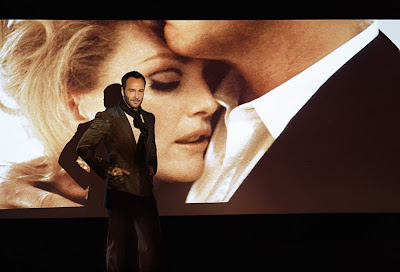 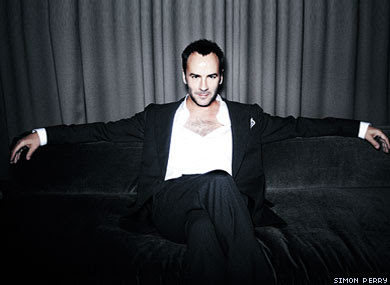 Thom Browne, like Tom Ford, knows how to turn gentlemen into dissenters with the cut of a suit or the buttons on an overcoat. His perspective is a little more forward and androgynous--more 60's, that is--but his exposed ankles and skinny ties still smack of that tailor/rebel mash up. Like Ford and Dean, what's awesome about Browne is that he critiques and celebrates systems of style simultaneously and the result is that he highlights flair without a lot of fuss. 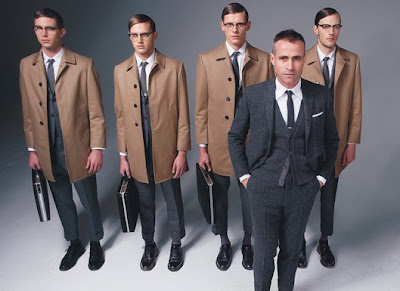 PHOTO: Daniel Garriga/WWD
Gentlemen know the rules and rebels question them. What interests me about fashion is the intersection of those two perspectives: where an awareness of the inherent power of tailoring and cocktail party etiquette runs headlong into the battle cry of individuality. Tattoos & wingtips, horn rims and v-necks: the result is always a little bit of fireworks and a lot of class.
by Page McBee at 10:30 AM